Disney Princesses are netizens who reside at the Oh My Disney website, where the net users who frequent the site come to look at them and take quizzes about them. All the princesses featured in the Disney Princess line are present, as well as Anna, Elsa, and Moana. They appear in Ralph Breaks the Internet, where most of them are voiced by the voice actors who currently voice them in other properties. The exception is Pamela Ribon, who originally voiced temporary tracks for Snow White but was then considered a good enough substitute that the tracks were used in the final film.[1][2]

Vanellope encounters the princesses while running from First Order Stormtroopers looking to apprehend her for spamming Oh My Disney with pop-ups redirecting users to Ralph's videos; she glitches through the door to the dressing room they wait in between shows and quizzes. She narrowly avoids a tussle with the group, befriending them after convincing them she is a princess as well. The princesses take a liking to Vanellope and the clothing she wears, which is more comfortable than the dresses they always wear. Expressing annoyance with the clothing and behaviors expected of them, they decide to "dress down" for a bit as they help Vanellope figure out what she wants to do—they suggest singing as a way for Vanellope to figure out what her "dream" is, though they are surprised at Vanellope's quite literal initial song focusing on her desire to find a steering wheel for her out-of-order game.

The princesses appear once more in the climax, aiding in Ralph's rescue by using powers, objects, and companions that feature in their own properties (e.g. Elsa's ice powers, Merida's bow, or Jaq and Gus from Cinderella) as part of an elaborate group effort to save him from his fall. 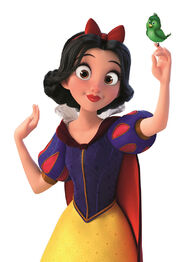 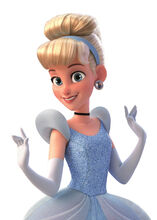 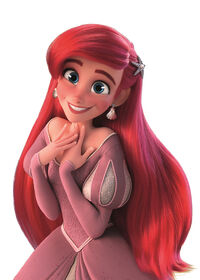 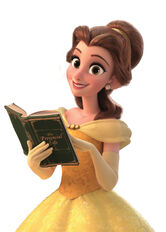 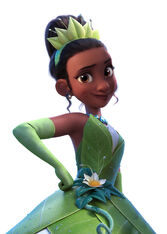 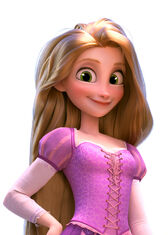 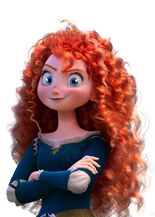 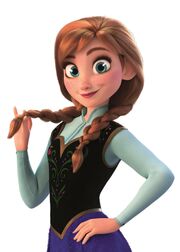 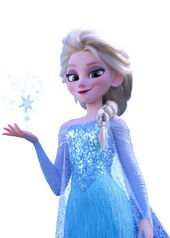 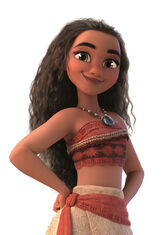 Retrieved from "https://wreckitralph.fandom.com/wiki/Disney_Princesses?oldid=105327"
Community content is available under CC-BY-SA unless otherwise noted.