Alive
The Oreos are the royal guards of Sugar Rush in Wreck-It Ralph. They guard King Candy's Castle and protected King Candy. They now supposedly protect Vanellope from harm since she is the current ruler of Sugar Rush. They are quick to jump to arms at any given word, and take their jobs very seriously.

They have stocky arms and legs made of white cream, and wield long chocolate spears. They also have small brown feet which are barely visible due to the Oreos large body. None of the guards have a speaking part in the film, other than the March of the Oreos.

March of the Oreos

The March of the Oreos is a short song featured in the film Wreck-It Ralph. It is sung by King Candy's Oreo Guards and is a parody of the song March of the Winkies from the 1939 film version of The Wizard of Oz. It is played as part of the first scene at King Candy's Castle. This song is not featured on the soundtrack.

The march of the Oreos. 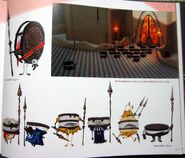 In early concept art, the guards all had unique appearances and personalities 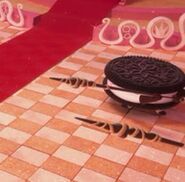 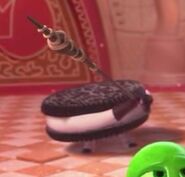 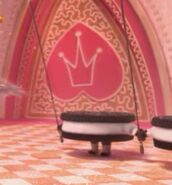 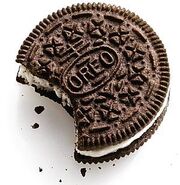