Pac-Man and Ms. Pac-Man's photo is seen when Ralph is leaving Pac-Man from the Bad-Anon meeting.

In his game he goes through a maze eating dots while avoiding coming into contact with his four enemies Blinky, Pinky, Inky, and Clyde and when he eats the flashing (which happens when he eats the big flashing dots) he sends them back to their starting point. 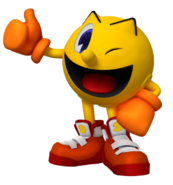 Pac-Man as he appears on the arcade cabinet 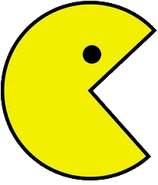 Pac-Man arcade cabinet as it appears in Wreck It Ralph 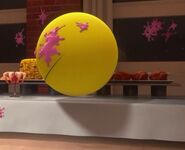 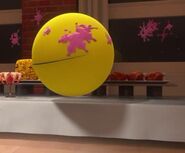 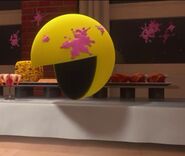 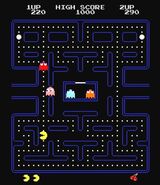 Pac-Man in his game.

From The TV Show 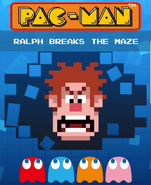 Retrieved from "https://wreckitralph.fandom.com/wiki/Pac-Man?oldid=98887"
Community content is available under CC-BY-SA unless otherwise noted.